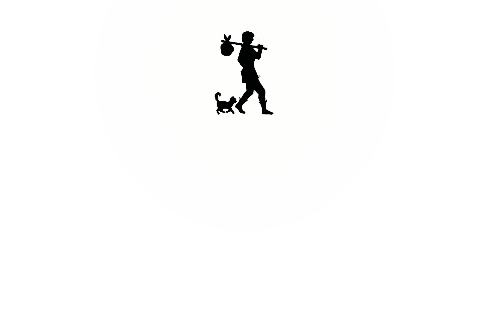 RULES FOR THE RALLY FIELD

The following Disclaimer Notice applies to ALL rallies, Socials and Meetings of the North London Centre:-

All persons attending functions with this Centre do so entirely at their own risk, NO RESPONSIBILITY for Persons or Property is accepted by the Organisers or The Caravan Club

As Caravan Club members, we all agree to conform to the Caravan Code.  The following rules have been drawn up by your committee as a guide to ensure that everyone enjoys their rallies with the minimum of disturbance.

We all rally for pleasure.  Your pleasure may be different to your neighbours.  Think of them as well as yourself.  This way we will all enjoy our caravanning to the full.

You are strongly advised to keep a fire extinguisher in working order in your caravan.

NORTH LONDON CENTRE OF THE CARAVAN AND MOTORHOME CLUB

1. The CARAVAN AND MOTORHOME CLUB LTD rules Governing Centres shall apply in full.

The Annual General Meeting of the centre shall be held in October each year, but may be varied by one month.  The date of the AGM will be announced in the year’s rally book.

The Officers of the Centre shall be:

a) The Committee shall comprise of a minimum of SIX members.

b) Three Committee places shall be reserved for the Centre posts of: Rally Secretary, Social Secretary and Webmaster.  Nominations for these posts will be voted upon before the results for the remainder of the Committee are cast.

c) If no nominations are received for these posts, the Centre will vote for sufficient Committee members to make up the total, including the Rally Secretary, Social Secretary and Webmaster posts, to the minimum of SIX.

6. Eligibility for Nominations as Officer or Committee Member.

a) Only Club members who have submitted their Centre Events Card to the Secretary shall be eligible for nomination.

b) No Centre members shall be nominated or elected unless he or she has attended a minimum of SIX rallies of the Centre in the previous rally season, unless there are extenuating circumstances due to, for example: the members employment which may preclude him or her from completing the necessary number of rallies.  The Centre to decide the nature of the circumstances offered by a member.

c) The Officers and Committee shall retire annually at the AGM.  Centre members may stand for election as many times as they wish and elected Committee members and Officers may continue indefinitely.

A quorum of the Officers and Committee (hereafter called the ‘Committee’) shall be SIX members.

Committee meetings will be held throughout the year on a time, date and location which will be determined by the majority of the committee.

a) Minutes of the Committee meetings shall be issued to each member of the committee and will be confidential.

b) Extracts of the minutes will be published in the Centre’s Newsletter ‘TURN AGAIN’ at least four times a year.

a) The Centre’s Annual Competitions shall comprise of:

i  The Timmat Trophy - Boules  - Singles

and shall be held on dates to be notified in the rally book.

b) Only Centre members and members of their families residing with them shall be eligible to take part in competitions.

a) Centre members who have attended SEVEN Centre rallies in the current season (the AGM shall count as the first rally and the rally preceding the following AGM shall count as the last) shall receive a FELLOWSHIP AWARD.  Centre members who attend TWELVE or more rallies in the current season shall receive a special FRIENDSHIP AWARD.

b) Each Centre member who completes 100, 200, 300 etc Centre Rallies shall on application, receive a Commemorative Plaque.  This shall be operative from the formation of the North London Centre in 1967.

c) Members must spend at least one night in their caravans at a Centre Rally site in order to qualify for the attended to count.

d) Where a Centre holiday Rally is split over two different venues for 7 or more days, then it will be classed as a maximum of TWO attendances.

f) A Committee Badge, mounted in a plaque shall be presented to each Officer and Committee member at the conclusion of each year of office.

‘RULES FOR THE RALLY FIELD’ and ‘NOTES FOR RALLY OFFICERS’ are published on the Centre’s website.  These Rules and Notes shall form an integral part of these Bye-Laws.

a) A ‘RALLY OFFICERS’ guide is issued to each Rally Officer personally; a copy is held by each Committee member.  This guide shall form an integral part of these Bye-Laws.

b) During each season a list of rallies for the following season will be published.  Members wishing to act as Rally Officers may nominate themselves to run a rally.

c) Where more than one member wishes to run a particular rally, a draw will be held at the Rally Officers Meeting, the date of which will be decided by the committee. 14. Centre Motif

The Centre Motif shall comprise a representation of Dick Whittington and his cat in a Black silhouette.